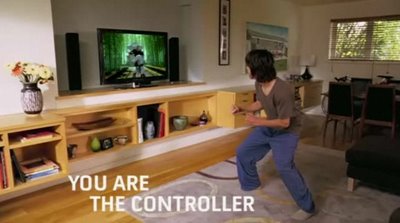 Here's part 2 of the Podcast from anime3000.com that I got a chance to star in. As I post, E3 is going on and many new things have been announced and shown off. Here's a list of some items from the current E3:

...and much more, with more to come. Check out the work being done at E3 by Engadget

The subject of our little rant here is the future of video games. So, where do you all think it's going? Is there new stuff in E3 that you dread or love?

As per the last podcast post, here's who's staring in the post:
You hear some of me but good God I need to stop mumbling. I think I was waiting for everyone to jump in mid comment ^^;; Trust me, I don't normally mumble like that.

Check out the podcast here.