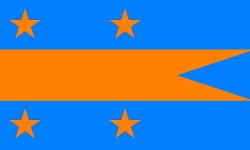 I know, not exactly an otaku topic but being that I live on Long Island I just had to write about this. Many people know that the New York State government has been anything but reliable. From the new Amazon tax, the scandals, overpaid Suffolk Police, gambling Fire Districts, overtaxed towns due to school money mismanagement; Long Island has alot of garbage to deal with. Add the failing US economy and falling dollar, unless you make 90k+ running your own business, most people are simply leaving the island. The lack of elderly and young people on the island has prompted some groups to help keep people here but as schools continue to teach people to be a bunch of cubical-slaves in a fixed and shaky $40k(maybe) 9-5 job, don't expect that to happen all too soon.
The newest plan to help Long Island is to actually turn it into the 51st state. This might seem like something rather shocking but its not far off from impossible. Suffolk County Comptroller, Joseph Sawicki stated the very reasons for this on News 12 just a few days ago. This isn't some internet hype, Long Island wants to break from New York State! Sawicki stated that of the $8 Billion Long Island sends to Albany, $3 Billion never comes back to us. Breaking free from New York State would most likely solve a bunch of issues. Many people here at a least in Nassau and Suffolk County usually say we are on Long Island and not in New York when we talk to out-of-towners.
Financially speaking, Long Island would benefit from it but don't expect Albany to give up their cash cow all too easily. It legally can happen since LI has 2.8 million people making it the 19th largest state if this happens. Of course, this is by far an issue that the Supreme Court will have to deal with.

In the picture above you can see the proposed Long Island State Flag with the four stars representing Brooklyn, Queens, Nassau, Suffolk Counties and the forked strip representing the two forks of the island in LI's dull orange and blue colors. Below is a map of Long Island so to answer the common question. "Where the hell is Long Island?" Official story on News 12 here. 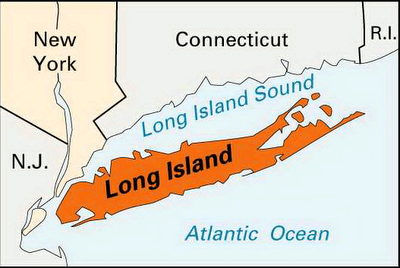